COVID Lessons: A Return to Rugged Individualism or Not?

COVID Lessons: A Return to Rugged Individualism or Not?

Last month marked a year since the arrival of the COVID-19 Pandemic. Reflection on this time surfaces mixed emotions.

There’s a collective restlessness and readiness to move on from this pandemic. Last week, I received emails and texts heralding “Back to Normal” sales, specials, and celebrations. Understandably, many want to get on with life: kids in school, dining at restaurants, theatergoing, shopping, traveling. Just like before.

But something happened this last year—at least for me—and I remain uncertain of the meaning of 2020.

A Hum of Expectations

Living in New York City is like residing with a low-level hum. The city doesn’t sleep; expectations persist to be “on,” out, and engaged in the numerous museums, malls, musicals, and meals galore. FOMO didn’t start in our city, but it flourishes here.

I never saw the Broadway hit Hamilton. I wanted to. I couldn’t get decent seats at a reasonable price. The rush to see it became a sort of in-out group status symbol.

I felt I missed out. However, that feeling didn’t last long. The wonders of my life made the FOMO fade. There are many “Hamilton” moments in this city of mine. No doubt such moments exist in all our lives.

To avoid FOMO, we organize busy schedules just to connect with others, and we optimize multi-tasking routines that prevent us from relating once we connect. We recognize street protestors when they interrupt the din of life; however, we are often too busy to understand the issues and implications—and whether they even affect us.

Work obligations. Family concerns. Travel desires. The din of life conceals the hum of expectations. Reconciling finances, planning for retirement, keeping ourselves informed, and curating our image, whether online, in person, or branded. This is living.

On March 13, 2020, that life all came crashing down. A government lockdown declared COVID-19 a national emergency.

With the emergency declaration, something happened. The hum subsided, and space emerged. This was a privilege, to be sure, since I was not an essential worker and was able to work from home. And yet, having time and space felt awkward and revealed a loss of expectations.

Uncertainty fed anxiety to fill the space, so my regular breathing, reflection, and grounding practices served me well.

But what should be done with space and time when expectations of busyness slip away?

Humanity emerged. There was time for long emails, Zoom chats, and unscheduled phone calls. Conferences were rescheduled online. Attendance doubled in size and included people from all over the world.

People spoke not of work, status, accomplishments, or travel plans, but of shared experiences of living with their children, homeschooling, being vulnerable, having aging parents, experiencing recent losses, and how the nation’s unrest was impacting their lives.

Social distancing brought us closer. I learned more, felt greater connections, and realized more community than I had when life was “normal.”

Still, with more space and attention, another shared experience emerged: a focus on racial unrest and ongoing police brutality, anti-democratic strife, militia movements, and national revolt against the pandemic.

America shocked some. Others expected this America. Many were tuning into the fullness of our nation’s shadow.

Eighty years ago, we collectively sacrificed to serve the cause of liberty in World War Two. Yet, in 2020, we could not sacrifice the slight inconvenience of wearing a mask to save humanity. 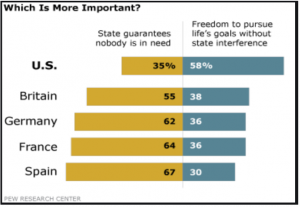 Instead, large swaths of our nation weaponized individual liberty against a sick nation. The most vulnerable were tossed aside in favor of economic gains and the desire to shop, dine, work out, and travel. People rushed to spring break beach celebrations and religious services, and many held indoor parties without masks.

Dr. Anthony Fauci, director of the National Institute of Allergy and Infectious Diseases, requires security guards to go about his work.

Just last week, Rep. Jim Jordan, a Republican from Ohio, went after Fauci in a heated exchange, demanding, “What metrics, what measures, what has to happen before Americans get more freedoms back?”

Fauci laid out reality. “Right now, we have about 60,000 infections a day … a very large risk for resurge. We’re not talking about liberties. We’re talking about a pandemic that has killed 560,000 Americans.”

Individualism won the day. This rushed forth because this is America.

The Disease of “Rugged Individualism”

While it’s good to see some movement in racial justice, I wonder if the gravity of the moment would have gelled if we were not in lockdown. Do we need a deadly pandemic to shake our consciousness?

— We remain a nation where registering and owning a gun is easier than registering to vote.

— American consumerism manifested in the following eye-opening COVID stat: As of January 2021, the U.S. contained only 4% of the world’s population but comprised 25% of the world’s COVID cases.

— Inequities exist in the distribution of essential workers, frontline workers, and those able to telework. The CDC just declared racism a serious public health threat.

— Even the guilty verdict of Derek Chauvin, the former police offer who brutally killed George Floyd, has been reduced to the bad-apple defense. Individualism deals with bad actors not as part of a system of beliefs but as acting alone. Thus, we never examine the underlying culture, systems, or structures. Here, the policing powers will “throw Chauvin under the bus because that keeps the bus intact,” explained Howard University law professor Justin Hansford in a Vox interview.

— I’ve explored our individualism (here, here, and here), but our zealous faith in rugged individualism is a disease that’s killing Americans and destroying the very idea of America. 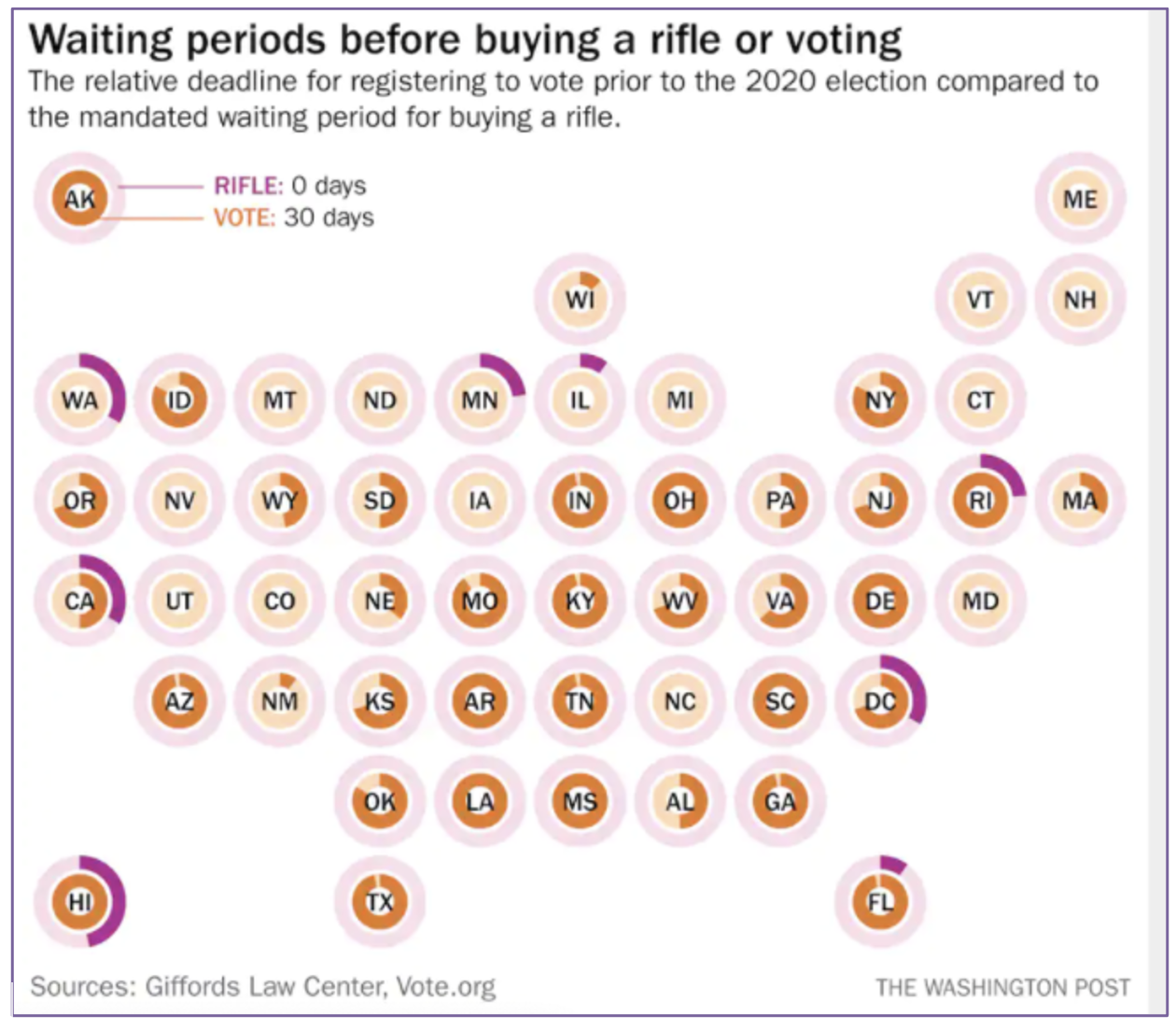 Brené Brown, in an interview with then-President-elect Joe Biden, proclaimed that America’s tombstone would be inscribed with the phrase “Death by rugged individualism.”

Brown identified this issue in a 2017 article for Fast Company, writing, “As members of a social species, we derive strength not from our rugged individualism, but from our collective ability to plan, communicate, and work together. Our neural, hormonal, and genetic makeup support interdependence over independence.”

In individualistic cultures like ours, people are likelier to define themselves as separate from the group (autonomous), showing an inherent social disconnect from it.

The result of, or perhaps reason for, individualism involves a lack of concern for the “other”—those we don’t know and to whom we have no personal connections.

Individualism and collectivism are not fixed states of being. A blend—as seen in many other Western nations—is possible once we accept the following two truths:

I am unsure about a new normal just yet.

I sense the expectations to get back to our “individual lives”: the impulse to do more, to make up for lost time, and to cultivate FOMO. I know my questions about 2020 cannot be resolved in a travel brochure.

COVID has opened a view into the fullness of our nation’s consciousness. I’ve seen too many things that cannot be unseen.