When working with coaches and executives, I am often asked about differences in types of coaching, such as life coaching, executive coaching, and leadership development. Are these just branding gimmicks to charge higher fees? Do these require different training? How do I know which one I need?

Until recently, the field of coaching didn’t vary too much. What was clear was that coaching operated outside the conventional medical model, which views the client as an ill patient with a diagnosis in need of treatment or symptom relief.

While coaching acknowledged some serious mental illnesses that benefit from clinical psychology or skillful psychotherapy, it offered relief for others. It worked with many people that were lumped together, labeled, and treated for what were really “problems in living”—situations or circumstances that did not need a diagnosis or assume a pathology.

This was a healthy turn that informed the revolution of coaching, and so, life coaching emerged.

The history and evolution of coaching in the last two decades—as a method, product, and service—has mirrored the evolution of change and has produced different roles and expectations.

According to coaching historian Vikki Brock, “in the 1990s when coaching gained popularity and media attention, we [saw] the rise of training programs and professional associations serving the coaching community.”

Brock’s view of this evolution is based on the consolidation of the market, increased competition, dissemination by the mainstream media, and the emergence of schools, associations, and standards.

I find her three waves to coincide with shifts in how the coaching field focused its efforts and impact. Each focus seemed to trail Brock’s waves by about five years.

As we close 2018, this shift will continue. Research from the International Coaching Federation (ICF) has revealed this trend (see graph below and “Specialty” table later in the blog). 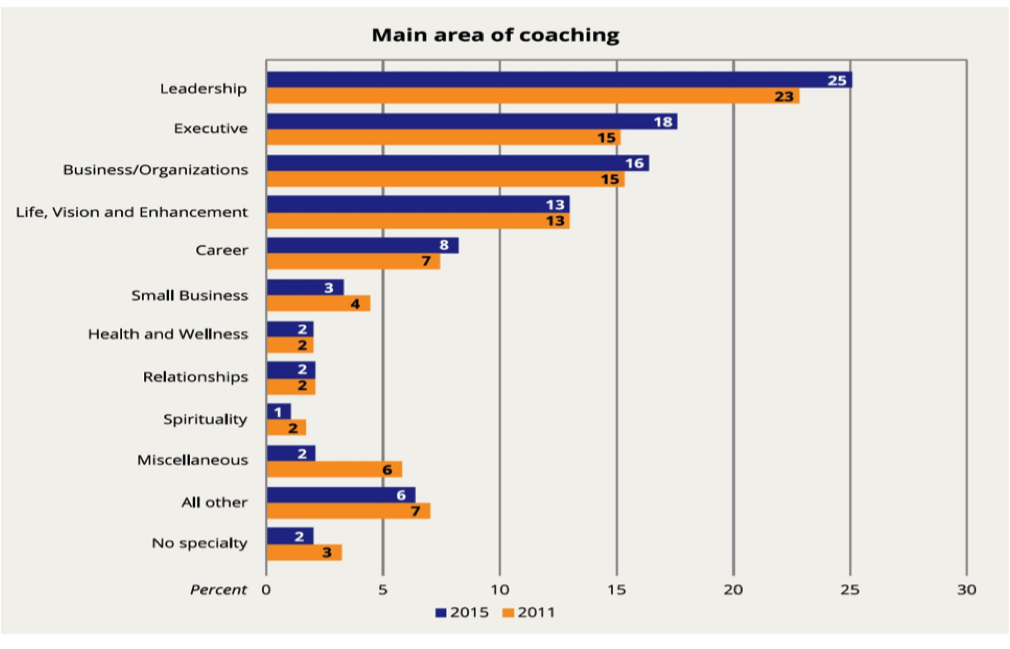 Life Coaching applied the powerful model and methodology to a domain of life, such as career, wellness, relationship, small business, etc. Instead of learning a body of concepts via formal education, coaches train in and practice a body of distinctions, delivered to expand perceptions and open possibilities for new action.

According to Fernando Flores, distinctions are not names of objects or definitions of terms. “They distinguish something or make it stand out from everything else and to bring it to our attention.” These subtleties of language, when internalized, cause a shift in a belief, behavior, value or attitude.

In this view, a coach adopts the model and learns the methodology to hold clients accountable to realizing different views and results for that domain of life.

Unlike the medical model or other problem-solving interventions, life coaching began with the premise that people have the answers and that the coach’s role is to help them overcome internal resistances and interferences. Life coaching sought to place inquiries about personal growth into a context of healthy life design, rather than a problem-solving context that diagnosed pathologies. It offered an option for those who had nowhere to turn but therapists, seminars, or self-help books.

As a craft or profession, coaching also required that coaches become coachable—that they operate from this model, not just issue concepts, knowledge, or advice. This required adopting a view that focused on the future and implementing practices and personal mastery that deepened listening, and surfaced critical questions to develop a high level of commitment, action, and accountability.

In short, coaches are trained to embody the coaching model and methodology.

After the turn of the century, coaching intersected with the central professional demands: to enhance performance in the face of change. The model and methodology supported more than strategies for life design—they supported peak performance. Performance coaching emerged to help coaches identify and develop clients’ strengths.

Through deep listening, challenging questions, critical feedback, and guidance, performance coaches revealed hidden potential and then worked with clients on practices to sustain it.

Developed in 1979, the GROW Model (Goal, Reality, Options, Will, or Wrap-up or Way forward) became one of the most influential methods for executive and performance coaching to engage problem-solving and goal-setting. The model was first published in Coaching for Performance by John Whitmore in 1992.

Another important difference with executive coaching required additional knowledge, and training in assessments, such as 360-degree surveys and personality typologies as well as data analysis and business systems.

Coaches also became proficient in competencies that manifested in roles (as listed below). The coach dances between these roles and additional knowledge competencies and as applied in a business or organizational context. 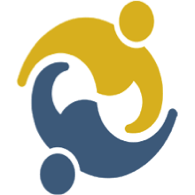 Newer to the field of coaching, leadership development had emerged by 2015 as a primary method to cope with change, especially for those responsible for leading an organization (C-Suite) and cultivating leadership in others.

Essentially, the nature of change today—its pace, uncertainty, and complexity—has focused development efforts and resources on creating the conditions for leadership.

Based on my research and experience, this level of coaching moves beyond a focus on assessments, skillsets and competencies and takes responsibility for developing a mindset—that of a leader.

This level of coaching involves more education from a multi-disciplinary approach (see below under “Leadership Development”) to increase self-awareness and deepen listening.

Leadership development balances “coaching” with a focus on “development.” It includes some of the direction offered by life coaching, some of the roles offered by executive coaching with an emphasis on increasing capacity to cope with the human facets and impact of change.

Fundamentally, however, leadership coaching and development deal with all the human aspects of disruptive change, unpredictable future, and learning to learn (often involving a lot of unlearning). It supports leaders in the face of unpredictable change, increased complexity, and the ambiguity and uncertainty experienced by the self.

Emerging research finds leadership development moving inward away from content, such as skills and knowledge, and toward context, such as self-awareness, listening, and empathy.

The assessment company Korn Ferry has engaged some research on the differences between mid-level-manager coaching, executive coaching, and leadership development coaching.

They define “leadership as driving innovation and adaptation at relentless speeds [to] sustain a core enduring vision to keep their organizations focused.”

What’s implied in their definition is the need to cultivate learning (innovation) and cope with change and complexity (adaptation at relentless speeds). This requires creating a context from a deeper level of personal mastery.

In a 2015 survey, Korn Ferry identified top competencies for mid-level managers, executives (vice-presidents and directors), and leadership (C-Suite), as follows.

For Executives that require a mix of leadership development and executive coaching: 1) interpersonal relationships, listening skills, and empathy; 2) influence; 3) self-awareness; 4) communication skills; and 5) motivation and engagement.

One obvious trend is that the competency of self-awareness increases in importance as one expands their level of responsibility in an organization. This is followed by and informs one’s listening, empathy, and influence.

The following core coaching competencies by the Association for Coaching illustrate some key areas of knowledge, skills, and practices for executive coaching. Most of these involve horizontal development: improving skills or clarifying roles as distinguished by Robert Dilts in a speech at the 2003 ICF European Conference in Italy.

Increasing leadership capacity (mindsets) or vertical development entails tapping into a mix of disciplines. This often requires the coach to be knowledgeable about business systems, the nature of the human condition, and the function of change in the business and its impact on humans.

These are some of the disciplines and foci at this level of coaching:

Retaining a coach today may be one of the most important single investments in one’s career. Taking the time to clearly distinguish your needs offers a good first step.

If your issues involve a transition in life or a new design for living that entails new strategies or direction, a life coach may offer great support.

If you’re looking to improve competencies —optimizing skills or increasing performance in an area of responsibility or management, managing complexity, or creating new work strategies—then an executive coach may fit your needs best.

If your work involves creating or altering contexts—any aspect of leading change through uncertainty or ambiguity, cultivating learning cultures or team learning, expanding perceptions, or letting go of outmoded systems, views, or assumptions—then you may find a leadership development coach to be the most effective.

This article complements an earlier White Paper: What is Coaching? Why Retain a Coach? which distinguishes coaching from other human intervention professions.

Supporting our Coaching Community. Learn more about our Coaches Salon.