In a month of momentous events, March also marked the release of the Seventh Annual World Happiness report. With each passing year, this report has highlighted a world increasingly driven by cultural concerns as well as economic needs. 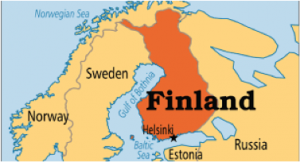 In the first report (2012), the U.S. entered at number 11 – its highest ranking ever. In the Seventh Annual Report (2018) the U.S. joins 155 countries whose governments, organizations and civil societies are increasingly using happiness indicators to inform their policy-making decisions.

The Report’s winners have consistently included the Nordic nations. This DOWNLOAD PDF

When I was a young boy in the early 70’s, all the cheap toys were stamped “made in Japan.” A decade later that same stamp marked a seal of quality.

As a young adult, I lived in a nation that boasted the best education system in the world, and superior healthcare that drew people to America. A decade later, approaching middle age, I settled for falling educational achievements and woke to a lumbering healthcare system that offered little care, higher costs, and no quantifiable standards.

But alas, by the turn of the century, surely, we had mastered the “happiness” metric. We were DOWNLOAD PDF