Lessons from my first Stand-up Routine

Lessons from my first Stand-up Routine

NOTE: The following post, from my colleague Neil Ruiz, reveals what it’s like to marshal the courage to act in the face of fear — to his own surprise. —TZ

For a couple years now, I’ve wanted to do a stand-up comedy routine. Not sure why, but I had this desire. Then, during our team retreat last June, as we went over our 12-month goals, I declared to my colleagues: “I will do a stand-up routine in the next year.” Just spitting it out made it real, made me hear it, and made me quite fearful.

As I discussed it with close friends and my fiancée, Lydia, I saw that standing on a stage in front of strangers could support me in future work as a leader, to calm my nerves, practice presence, and engage strangers.

I recalled a favorite quote by Eleanor Roosevelt: “Do one thing that scares you every day.”

This Was Now Real

I started off by researching local stand-up comedy classes. I wanted to take a class first, so that I would be ready, prepared, and know what I’m doing. But every time a class opened up, I would say “oh, that’s too much money right now” or “oh, I have a scheduling conflict.” These were excuses that probably arise often for others. At some point, I realized so many months had passed. 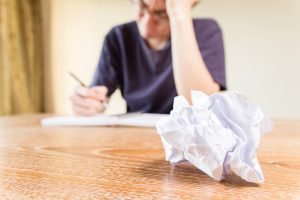 So, I just declared I would end up doing it without a class: boy was this now intimidating! It required lots of time, I thought. Time to write jokes, time to re-write them, time to practice.

With that declaration, and without the excuse and comfort of a class, jokes started coming to me during life moments. Someone pointed out a birthmark I have under my left eye, and I found a joke. Another came to me waiting for the subway train on a hot, humid, summer day, thinking, I don’t need to go the gym for a sauna, I got one right here!

I capture these everyday moments in my small notebook I carry with me everywhere. Eventually, I realized I had enough material to step onto the stage. 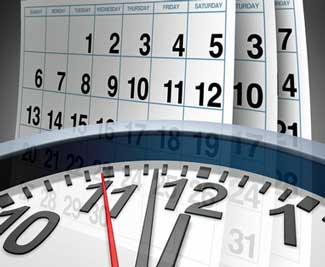 It was getting close to our annual progress report with colleagues. My list included many items but there was that one incomplete public declaration: to do a stand-up routine. I had almost forgotten about it. What to do?

Facing that realization got me into action in a new way. I wanted to break through any hesitation and complete this item. Ironically, I listened to a Tim Ferriss podcast about how to get into stand-up comedy, and a comedian suggested that the best way to get better at stand up, is to go up there and just do it.

I then remembered Q.E.D., a local “Place to Show & Tell” that I visited often. I immediately shared with Lydia, that I was considering finally doing it. She replied excitedly: “do it!”

Again, like before, I became overwhelmed with fear. Nervousness kicked in, as it started to become real again. Doubts rushed in. But now I recognized that familiar pattern so I pushed through and began to type up all of the jokes and connect them in a story. I rehearsed at home, timed it, at around 3 min, the required time.

Then came the day.

As I entered Q.E.D., I noticed several comedians I’d seen perform, ready to go. I panicked. My mind reminded me: my stuff’s not good enough … Who am I to share a stage with these seasoned comics. Then I started censoring my work: I won’t tell these two jokes, they’re dumb.

With at least 20 other comedians signed up, I found myself backing away from performing for that night. I thought to myself, I’m not ready!! I need more time to practice.

Then the bartender asked Lydia if she was signing up to perform. She said “No, but he may do it”, pointing right at me. I looked over and said, “oh no, this is my first time; it’s a bit intimidating tonight...” Right then, the bartender cut me off and calmly said, “just start off by saying it’s your first time, and they’ll be supportive.” That immediately calmed me down. I chose to do it.

I was fourth on stage. I walked up to the mic and noticed the brightness of the lights. Then I started my set… I noticed a rush of nerves that had me going a bit fast. I just wanted to vomit my whole set and walk off stage. Get it done as soon as possible, I thought. Now, I used to be in the U.S. Army, and while I served, I parachuted out of airplanes and even that wasn’t as scary! They say that public speaking is scarier for most than heights or even death. I now understand this. But then, I relied on what I practiced, how I wanted to deliver each story and punchline. I set aside my thoughts about the audience and whether they were laughing. And just told each joke.

As I walked off stage I realized I had done it! I didn’t melt and was still standing. Thinking back, the crowd was supportive. They laughed here and there and offered some applause. 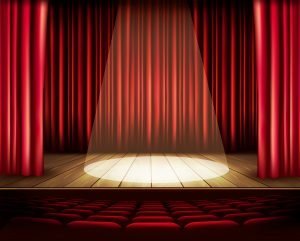 I also understand some things I wouldn’t have learned without those 3 minutes on stage.

I also saw how support makes a difference: my colleagues heard me; my friends encouraged me, my partner empowered me, and the crowd, aware I was a beginner, nudged me along.

I am now standing a bit taller.

Neil Ruiz is the content and IT Manager at Bhavana Learning Group, which serves Learning & Development Professionals. Managing administrative and technical concerns, Neil organizes the firm’s IP and curates its content to supervise programs.