Would you rather be stuck in an elevator or listen to an elevator pitch? This is a tough call for me: both evoke stressful situations.

My niece—a young, brilliant artist—recently graduated from a design school with a Bachelor of Fine Arts. She graduated armed with two formulas to sell her services in the “real world”: mastering the elevator pitch and finding your customer’s “pain points.”

Did I mention she graduated from an art school?

Some of our business concepts can offer real solutions, but others can be reductive and can pollute education, learning, and the human spirit.

Two such ideas include the elevator pitch and the popular pain-point primer for pitching products.

Much of what we call an elevator pitch demands a formula for reducing services to a 15- 30-second script. Elevator or not, I often feel trapped when delivering or receiving such a script.

For those who have a well-defined need, no pitch is necessary—but if it works, great. For most of us meeting you, and getting to know you as an offer, the pitch is a turn-off in at least three ways:

— People do not buy products based on the words you use. Most purchases are based on how you make the consumer feel or because they see a possibility for themselves. Before you fill a need for others, they connect either with you or the possibility you create.

— A pitch relies on a canned script, something you’ve thought through before connecting with the person in front of you.

— A pitch is another word for “sell.” It reeks of an icky agenda, informing what comes out of your mouth as obvious and often cringeworthy. 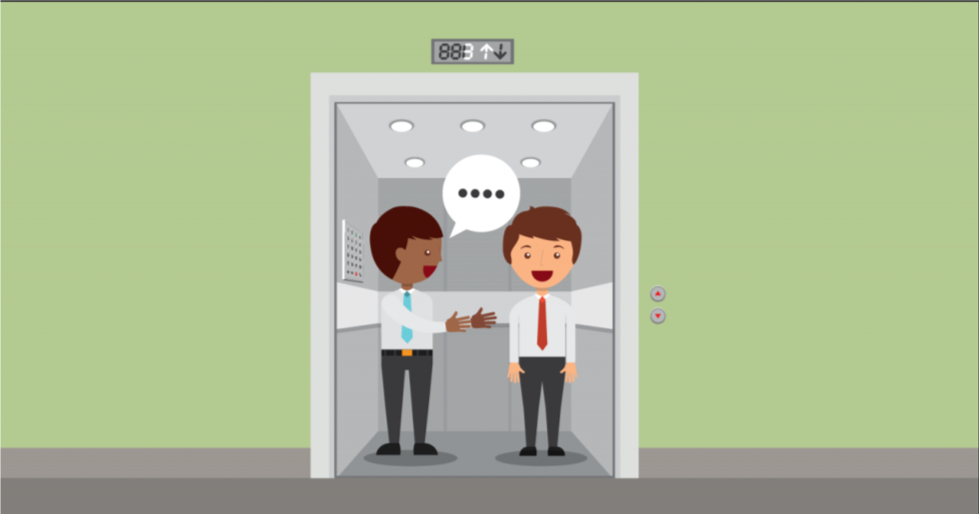 Instead of a pitch, consider three or four scenarios that you might find yourself in. Practice speaking to yourself in each scenario, imagining the person in front of you.

The goal is to transform “making the sale” into “making a connection.” An authentic connection will either lead to work or to a champion of your work.

A pain point is a specific problem that prospective customers of your business are experiencing. Some common examples include pain points in finances, productivity, process, or support. This is where you step in to relieve your client’s “pain” with your service or product.

My quarrel isn’t with the idea; it can work, and it can produce critical insights. My problem is that we stop thinking and start relying on the formula. This leads to narrowing our mind.

1 – We adopt a problem-solving mindset that reduces our focus and all ideas to problems. We seek out problems and quick fixes without truly understanding issues.

2 – We come to rely on problem-solving with binary thinking that destroys imagination in ways that quash our ability to create possibilities.

Is this difference between problems and possibilities just semantics? Only in the way that achieving success is qualitatively different from not failing. In the latter, we focus on the problem: not failing.

Such a focus frames our assumptions about human potential and capacity regarding creativity and imagination.

Imagination is the ability to envision something that does not yet exist, the ability to form a mental image of something not yet perceived by the five senses. According to Einstein, “Imagination is more important than knowledge. For knowledge is limited, whereas imagination embraces the entire world, stimulating progress, giving birth to evolution.”

Instead of reciting pitches or relying on pain points, become curious. Imagine a future your clients wish to create or think of aspirations they wish to cultivate. Position yourself as the paintbrush on your client’s wide-open canvas.

What is the future your clients imagine? How can their offers or products create or impact that future? What kind of leadership will that future require?

When Companies Imagine Beyond Pain

What great companies like Apple do is invent twice. First, they imagine a new world as an aspiration, and then they return from that world with inconceivable ideas to invent products that both create and then serve that world.

They do not invent products first. They create a new world for those products. That requires imagination.

If we explore the iPod, what pain points did it set out to resolve?

The iPod solved the yet unknown pain points of finding, buying, storing, managing, and transferring music. Had Apple focused there and fixed those issues, we’d have some peripheral products to resolve these concerns.

Apple likely realized these pain points. But if it had offered a product to resolve those alone, I would have passed.

Instead, Apple imagined a world in which its product resolved issues we didn’t know about to connect us to music. When marketed, the iPod promised to “place 1,000 songs in your shirt pocket,” just like the Mac originally promised “a computer on every desk.”

Apple imagined an unimaginable world that offered us possibilities yet to be discovered.

To imagine its world, Apple built a whole ecosystem around iTunes and apps. Without it, the iPod would have just been an expensive niche MP3 player or perhaps the Zune. 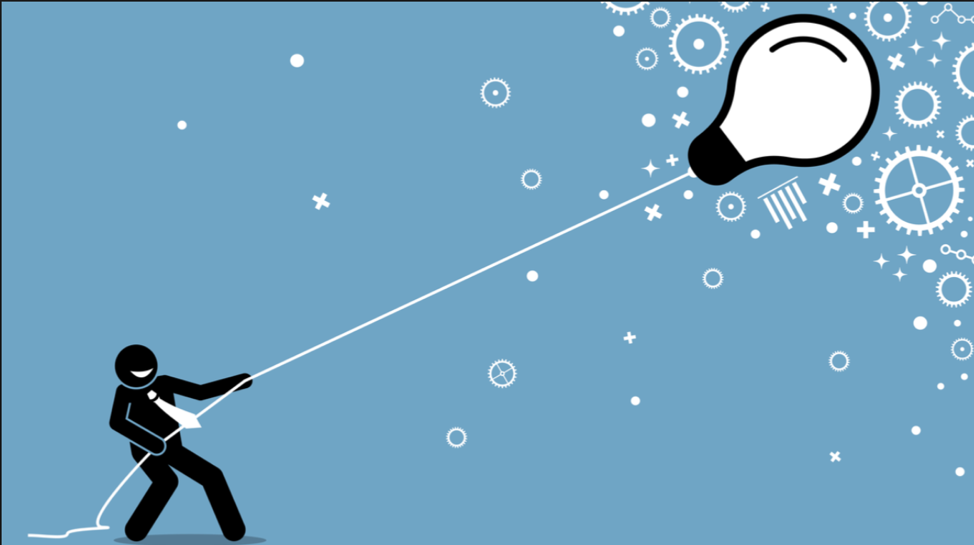 Many of our intractable issues today in government, education, business, and society are not for lack of creativity or problem-solving; they suffer from a severe dearth of imagination.

Resolving the magnitude of issues in an interconnected, volatile world requires imagination beyond that which created it. We can begin by questioning the thinking that reduces our world to problems and pitches.

Seeing today’s issues as problems is our biggest problem. We have become the product of such formulaic thinking.

With imagination, we become curious. Issues interest us as challenges that expand our minds, not problems that reduce our thinking. Imagination requires a movement willing to expand our minds beyond what’s possible.

I buy into Elon… The amount of research, the amount of study he does is unheard of. But he’ll always say the most important thing is imagination. You can learn anything that you want to learn. You can study all these things that you have in a book, but if you don’t have the imagination and then take it to another level, it doesn’t mean anything.

How We Learn Matters

Imagination takes us beyond rational thinking, even beyond knowledge and analysis. When asked whether Steve Jobs was smart, his biographer Walter Isaacson revealed this:

Not conventionally. Instead, he was a genius . . . . His imaginative leaps were instinctive, unexpected, and at times magical . . . sparked by intuition, not analytic rigor. Trained in Zen Buddhism, Mr. Jobs came to value experiential wisdom over empirical analysis . . . . He told me he began to appreciate the power of intuition, in contrast to what he called “Western rational thought,” when he wandered around India after dropping out of college. “The people in the Indian countryside don’t use their intellect like we do,” he said. “They use their intuition instead . . . . Intuition is a very powerful thing, more powerful than intellect, in my opinion. That’s had a big impact on my work.”

Our notion of learning has slowly beaten out our imagination. Consider the legacy of this last half-century:

— We have diminished the very humanities Jobs wedded with science to generate elegant ecosystems of technological design. Jobs summarized it this way: “It is in Apple’s DNA that technology alone is not enough; it’s technology married with liberal arts, married with the humanities, that yields us the results that make our heart sing.”

— We have defunded art and music programs in education that transport us to other-lands.

— We’ve so derided literature and history that connects us to the human condition, that we are left with an empathy deficit: absent moral imagination, we are unable to imagine the concerns of others so different from ourselves.

— We’ve forgotten how to inspire curiosity and cultivate intuition, instead proclaiming rational problem-solving (that emphasizes binary thought) as the epitome of human potential.

— Whether through STEM, business education, or the coding mania, we are all becoming trained in formulaic thinking. 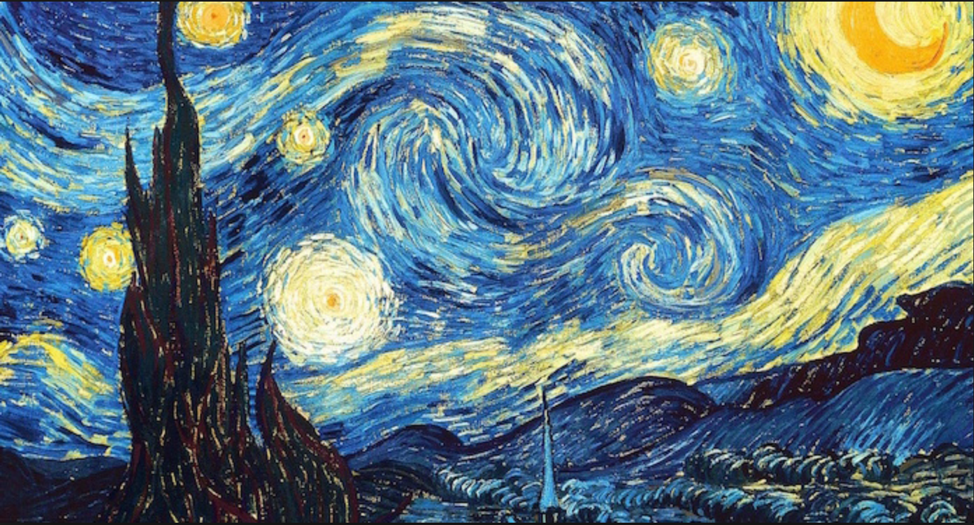 In an article with New School professor Heather Chaplin, JSB explores the distinction between creativity and imagination.

I think we’re way too focused on creativity. It’s misguided. We should be focused on imagination. . . The real key is being able to imagine a new world. Once I imagine something new, then answering how to get from here to there involves steps of creativity. So I can be creative in solving today’s problems, but if I can’t imagine something new, then I’m stuck in the current situation. . .

I think what’s happening in STEM education is a tragedy. Art enables us to see the world in different ways. I’m riveted by how Picasso saw the world. . . . Art education, and probably music too, are more important than most things we teach.  Being great at math is not that critical for science, but being great at imagination and curiosity is critical. Yet how are we training tomorrow’s scientists? By boring the hell out of them in formulaic mathematics – and don’t forget I am trained as a theoretical mathematician.

Ironically, we’ve lost a generation of minds to imagine us beyond the moon or navigate global issues with bold ideas. Today, we’ve reduced creativity to 140 characters, apps that remind us to walk, and elevator pitches and pain points to sell unwanted products.

Breaking this cycle requires the courage of curiosity: becoming interested in questions that don’t have immediate answers, testing our imagination beyond our knowledge, and questioning anything that smells like a formula.

The trick is to use formulas and not be used by them, or worse yet, become one.