Our story of leadership is a story conceived generations ago steeped in American “rugged (male) individualism” that informs the styles, content, and processes of our leadership philosophy.

Last post I explored a piece written by New York Times columnist, David Brooks, who examined our national story – as the rugged individual, coming from rags to riches – conceding that …

“We’ll probably need a new definition of masculinity. … many groups … have lost an empire but not yet found a role. Men are the largest of those groups. The traditional masculine ideal isn’t working anymore. It leads to high dropout rates, high incarceration rates, low labor force participation rates. This is an economy that rewards emotional connection and verbal expressiveness.”

We explored our national identity as masculine and individual, which has defined our notions of success, achievement, and leadership in business and in life.

A Biography of Leadership

Consider that our recorded leadership history was born of “The Great Man Theory” from the mid-19th century. Lacking scientific data, we valorized men throughout history with said trait(s)—great leaders as the name suggests.

Our history is an arc of an expanding leadership story beyond its masculine origins: in the military, business, politics, sports, and in organizations. Still, our sports metaphors, concepts of success, and our competitive focus reveal pervasive Masculine and Individualistic norms, which sustain each other in virtuous ideals of freedom and independence. Indeed, even pejoratives like “stick it to the man” speak to masculine syntax and focus

YIN-YANG: Beyond Gender and Sex

Discussing the masculine or feminine aspects of life beyond sex (our biology) and gender (social construction of identities) requires greater understanding to fully distinguish and discern the pervasive maleness of our society. This view demands courage and curiosity to venture beyond our familiar Western ideals.

Eastern philosophy speaks to such issues in universal terms of balance and harmony or yin and yang, detailed in this short clip. The choice of any society to live out of balance would be akin to an individual choosing only to consume solid food without ever drinking liquid, or a society that consumes energy without sustaining its sources. It is counterproductive, causes unnecessary complications, and fosters imbalances that require unnatural and unsustainable adaptation. 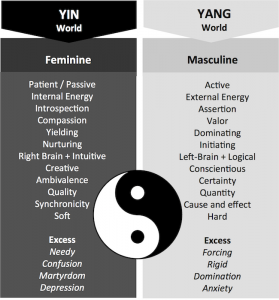 tjof Capra in The Tao of Physics, published in 1975, referred to such a cultural imbalance in the Eastern terms of yin and yang.

“The Chinese terminology of yin and yang is very useful to describe this imbalance. Our culture has consistently favored yang or masculine values and attitudes and has neglected their complimentary yin or feminine counterparts. We have favored:

The Eastern view of masculine and feminine, viewed as mystical or philosophical, is akin to “energy” that balances all living systems. Capra argued that this one-sided development of half our energy is bad for society. He points to the importance of regaining a balance between the masculine and feminine sides of human nature:

“The survival of our whole civilization will depend ultimately on adopting some of the yin attitudes and reaching wholeness and harmony between the masculine yang and feminine yin.”

Our American notion of “individual,” so braided with our notions of freedom and independence, celebrates the rugged 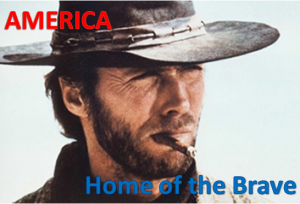 This “American story” shapes and impacts both men and women. Explore our 19th-century notion of the pioneer and you’ll find its memes mapped onto our 21st-century concept of the entrepreneur.

The pervasive story of the rugged individual (male) pioneer has informed our concept of leadership and business. Women perceive a need to be tough or to “Lean In” (more on this later) to break through a male-dominated culture. Men must be aggressive to get ahead and gain respect among peers.

This shift to more collective, collaborative and cooperative economies foretells an important trend toward global cooperation and integration.

An Age of VUCA

Still, our independent-achiever American mindset forms our pioneering DNA, and is entrenched in the C-Suites that lead today’s enterprises. This imbalance, embraced by both men and women, defines the pinnacle of power and success in organizational life.

Eventually, leadership must expand and include new views to address emerging challenges, often replacing outmoded skills. Our evolution, today, however, is one of wholesale change – not demanding new skills, but embracing new worldviews.

Nick Petrie, senior faculty, and researcher at Center for Creative Leadership (CCL) has defined four such challenges of our current age that require an expanded view of leadership: Volatility, Uncertainty, Complexity, and Ambiguity or VUCA.

Petrie’s research points to two antiquated leadership mindsets that represent our national story – dependent-conformist and independent-achiever. Both mindsets rely on individualism and are anemic against conditions such as globalization that binds us in pluralistic communities; saturation of information that joins us in transparent and complex networks; and new levels of productivity, which demand cooperation, and yearn for fulfilling teamwork beyond individual achievement.

Petrie points to a Collaborative-Interdependent mindset to succeed in this VUCA age. This mindset accepts uncertainty, and is comfortable with ambiguity; engages shared visions, and encourages learning and partnership. Ultimately, leaders embracing this mindset engage open and inclusive systems and view the world through others’ perspectives to understand more – all skills contingent on cultivating and expanding our feminine energy.

As mindsets expand, languages evolve to suit the ideas and needs that are most crucial to the lives of their speakers. In an Information Era connected by layers of content and context, what and how we communicate construct the realities we experience. These word clouds, searched on masculine and feminine focus, offer different perspectives and mindsets. 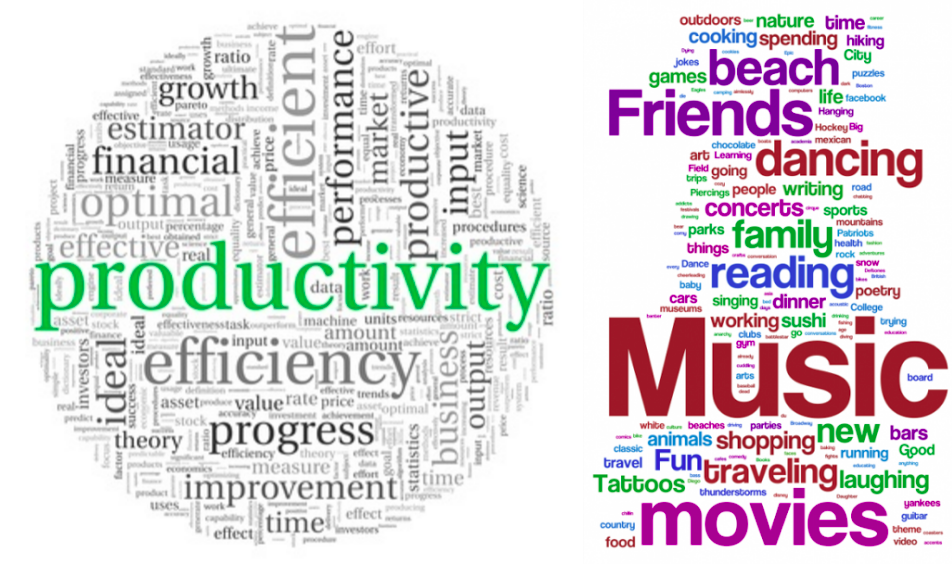 Our dependent-conformist and independent-achiever mindsets often aspire to the six A’s: admiration, achievement, attention, authority, appearance, and affluence (Souba, 2011b), as indicators of measuring up in our culture. The Collaborative-Interdependent mindset might include six C’s: cooperation, compassion, connection, clarity, commitment, and conversation.

The language we employ defines new mental models, offering new levels of awareness. In organizational life and business networks, a shift in thinking, perceiving, and listening will begin to blend opposites in a “both/and”, vs “either/or,” mental model. We can now …

Will women assume a masculine mindset or honor feminine balancing? I believe American society must embrace our feminine side to distinguish our embedded masculine attitudes, and balance our lives.

In 2013, John Gerzema published The Athena Doctrine: How Women (and the Men who Think Like Them) Will Rule the Future. He says that masculine forms of leadership must be balanced with feminine forms of leadership: “We live in a world that’s increasingly social, interdependent and transparent. And in this world, feminine values are ascendant.”

David Brooks’s column raised concerns about displaced men in our society. His concerns reveal symptoms of a society’s values that have been out of balance since the founding of our great nation. Until we confront this thinking, we are left with women suppressing yin and becoming “male-like” in order to succeed, and men requiring support without knowing how to ask for it.

While businesses have expanded the C-suite to include women, ultimately altering our national story requires nothing short of both men and women developing their feminine (yin) energy. To begin requires increasing self-awareness that encourages a cooperative and supportive mindset – in business and leadership. Challenging teams and workers without offering the requisite support – especially in this VUCA age – is neither sustainable (feminine) nor productive (masculine).

Indeed, Facebook COO, Sheryl Sandberg, author of the book Lean In, revealed as much in an 1100-word Mother’s Day Facebook post in which she acknowledges the value and necessity of “support”–the other half of our human equation:

“Some people felt that I did not spend enough time writing about the difficulties women face when they have an unsupportive partner or no partner at all. They were right.” … “We need to rethink our public and corporate workforce policies and broaden our understanding of what a family is and looks like. We need to build a world where families are embraced and supported and loved no matter how they fit together.”

Perhaps, Sandberg’s next book might be titled, Lean YIN.