During the events of June 28 to July 1, 1969, outside a little West Village bar, the modern-day LGBTQ movement was born. While a vital community existed before—mostly underground—this moment energized many to mobilize, come out and to venture into the 21st century.

This past weekend, five million people descended on my home city of New York, which was selected to host World Pride Day to commemorate the 50th anniversary of the Stonewall Uprising.

I came out as gay in 1984, during the emergence of the AIDS crises. For 35 years, I’ve learned new ways to confront my own internalized homophobia as well as integrating my gay identity into life as an activist, researcher, publisher, writer, consultant, and educator. In each of these spaces, coming out offered me and those I interacted with a richer experience of differences and diversity.

Coaching is the one profession where I work more intimately with people, and yet I must intentionally navigate an identity that isn’t (explicitly) expressed in the competencies or practices of the field.

As a coach and researcher, I see how my internal struggle—integrating more of my identity and distinguishing society’s oppression—has given me access to a deeper awareness of humanity.

I have spent the last year on a task force formed by the Association of Coach Training Organization (ACTO) to explore how we might become more aware of and include identities as part of our professional service.

ACTO’s membership includes coach-training schools and organizations. Our task force explored deep conversations, research, and topics that encompassed implicit bias and discrimination at the individual level and group identity and systemic bias at the collective level.

The work culminated with ACTO’s annual conference, keynoted by educator and author, Robin DiAngelo whose 2018 book White Fragility: Why It’s So Hard for White People to Talk About Racism, has shifted the conversation on race and racism.

The conference highlighted many gaps in the coaching profession. It also revealed some of the gaps in our “global community” that still lean into white privilege from North American views. I’ll save these discoveries and suggested resources for another blog.

Ironically, I just completed the global survey proffered every four years by the International Coaching Federation (ICF), this one for release in 2020. Yet, outside of gender, only region and country identify who you are as a coach. No questions are asked about race, ethnicity, sexual orientation or physical ability. This mirrors ICF’s 2012 and 2016 surveys.

This survey will guide the “global” International Coaching Federation (ICF), for the next five years. Identity may be one of the most critical issues associated with inclusion and belonging to understand and coach in organizational life. (For example, see this survey on sexual and gender identity by the New York Times.) How can we address what we are unaware of?

One way to combat the perception of #coaching-so-white might be to survey ICF members with a focus on expanding and including more diversity.

Finally, we can take a stand for the future of coaching. That is what ACTO did last year to guide its future:

What would it mean to have all coaching schools and training organizations accept such a stand?

Diversity, Equity, and Inclusion (DEI) is becoming the silver bullet for all that ails organizational culture. Companies have created new DEI roles to brandish their cultural street cred.

Still, do coaches truly understand these issues beyond attending a workshop or reviewing a text, as lived?

Do we understand who is impacted when these issues are left unaddressed?

These recent headlines reveal the influence cultural and social issues now have on business and institutions in society:

“Airlines to DHS: Don’t use us to transport kids separated from their families”

“A YouTuber hurled racist, homophobic taunts at a gay reporter. Company did nothing”

“’A cage is not a home’: Hundreds of Wayfair employees walk out to protest sales to migrant detention center” 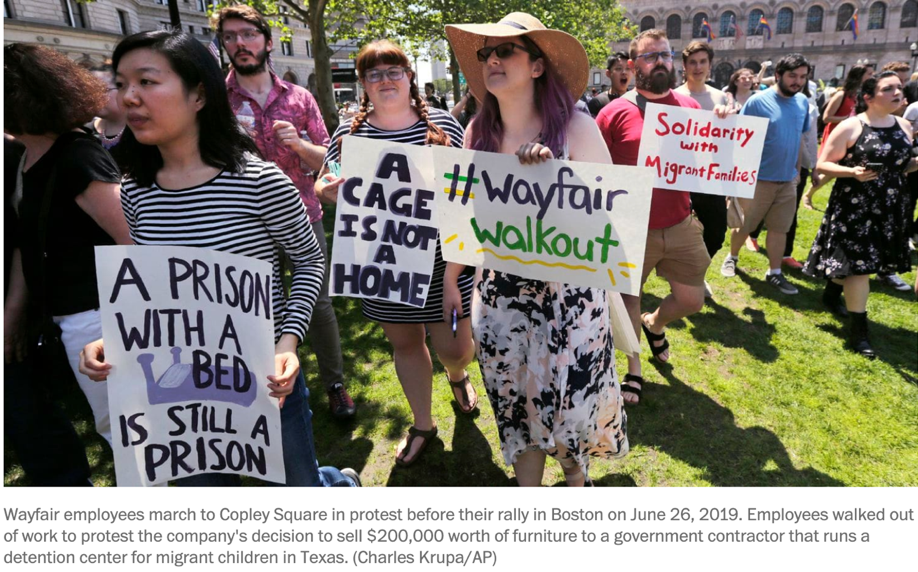 Now consider these situations that might impact your organization or efforts:

As coaches, we are being challenged to expand beyond the typical cultural concerns regarding a company’s values, mission, and vision. We are now challenged to include DEI and systemic bias into our awareness, as it impacts individual performance and culture.

— Which of these six (of fifteen) attributes identified in oppressive cultures have you experienced in organizations: a value of 1) perfectionism, 2) individualism, 3) speed and urgency, 4) the belief in meritocracy, or an attitude of 5) defensiveness and 6) fear of open conflict?

— As a coach, can you see how these six attitudes, values, or beliefs can negatively impact individual performance and impede DEI work?

— As a coach, which of these three commonly held models do you embrace: 1) Diversity, 2) Cultural Competency or 3) Social Justice? While education focuses rightly on social justice, diversity begins by offering visibility. Representation is an essential first step in our media-driven world of viral images.

— As a coach, do you recognize the importance of communicating culture through representation? How is it to walk into a boardroom where no one looks like you or can relate to any marginalized identity or experiences? Or, to engage your local police department whose cultural makeup does not represent the communities they serve?

— If you are working with the manager of a retail outlet, which of your assumptions view these two headlines as “solutions?” Do these resolutions develop a culture of understanding and inclusion or create an “appearance” of such to mitigate negative quarterly returns?

Taking a Stand, Coming Out

As a presenter at ACTO’s conference, I offered research on unlearning to cultivate openness for cultural issues. I also realized three unique attributes of our LGBTQ community I’d like to share.

But Coming out isn’t just for the LGBT. Coming out involves the expression of all our truths in a whole and authentic manner.

As we consider identity, let’s learn to appreciate the challenges in understanding, celebrating and integrating our multiple identities, whether as a parent, leader or coach, and/or as a member of groups and cultures.

Integrating identities is fundamental to becoming whole. It involves increasing awareness that celebrate differences to question and expand our worldview.

The time has come for the coaching profession to come out. It’s time to review our stated intention to be “global” and “international” beyond white North Americans.

Coaching may be the most important personal intervention to support the evolution of human potential and consciousness. Such an evolution begins with the paradox of becoming whole by appreciating differences.