Trump’s Leadership Mindset: Is It “Presidential”?

Trump’s Leadership Mindset: Is It “Presidential”?

October 20 marked nine months since our new president took office. The news, popular culture, and political observers have either labeled him fascist and authoritarian, destructive and impulsive, or strong and bold. These responses typically speak to a political style or personality, rather than a leadership mindset. Exploring mindsets provides a comprehensive view of the assumptions, attitudes, and perspectives that shape leadership capacity, and focus management decisions, which account for multiple styles.

To engage this assessment into Donald Trump’s leadership mindset, I have considered his business history, behavior, actions, several biographies, and public statements.

Mindsets grow out of each stage of development. Carol Dweck’s research distinguished growth and fixed mindsets, addressing what keeps us in fixed mindsets, as detailed in a previous blog. When expanding, each mindset evolves directionally toward greater inclusion, complexity, and freedom. 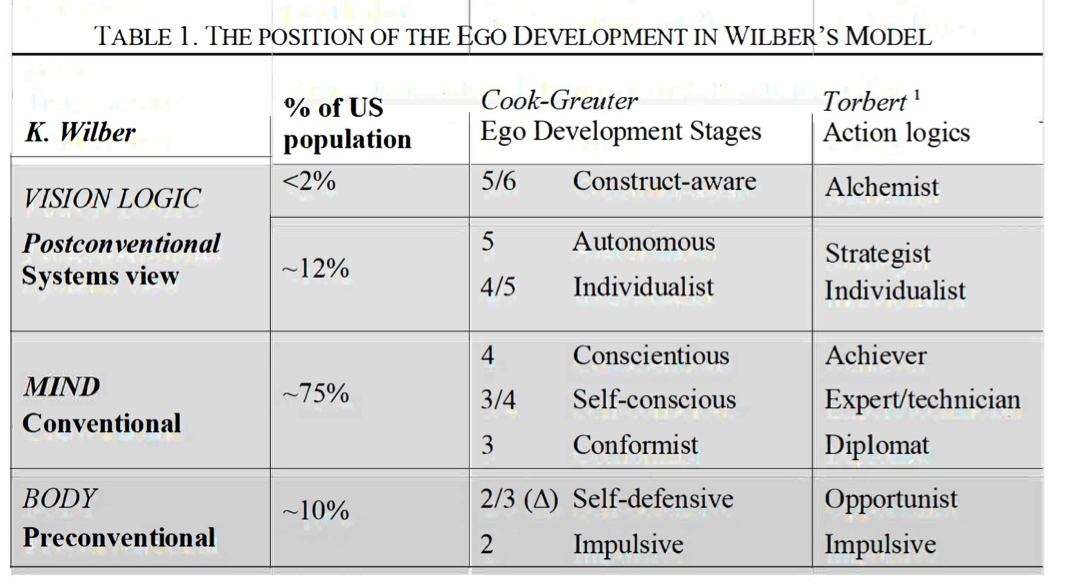 Below, I describe these three macro stages (and mindsets). Exploring these macro stages with mindsets in parenthesis, we can see what is apparent: Trump is located in the Pre-Conventional Stage — or earliest stage of development.

Pre-Conventional/Rational – “Cares about winning and power”

This stage is defined by the pre-rational self, erratic and juvenile behavior that defies rules or norms. At 5% of the population, this earliest stage is akin to the desires of a toddler or adolescent and typically includes two leadership/management mindsets: the Impulsive Self (level 2) and Opportunist Self (level 2/3). In this stage, the center of focus is “self-centric.”

Demanding loyalty, these leaders are most inefficient, hampered by impulsive needs and self-inflicted crises. Their effectiveness relies on using force, making deals, or issuing threats to accomplish goals.

Trump has remained at this stage; his “transactional” language was highlighted in a previous blog.

This recent piece, “McMaster Wants to Save the Iran Deal by Hiding It From Trump,” illustrates how others must manage those at this stage more like toddlers than colleagues: According to a congressional Democratic aide, National Security Adviser H.R. McMaster conveyed, “

[Trump] wants this out of sight and out of mind.”

Defined by the rational self, this stage employs rule-focused, data-driven, evidence-based decision-making, leading to a strategic focus from a larger purpose. This stage includes roughly three mindsets evolving from the Conformist–Diplomatic Self (level 3), to the Expert Self (level 3/4), and then the Achiever Self (level 4).

These leaders shift loyalty from personality to competency of rules, skills, and knowledge, operating at a level of independence sufficient to produce consistent results. They demonstrate efficiency as reliable taskmasters through various competencies and are effective by marshaling facts to persuade others and prioritizing goals in a strategic manner.

Communication is marked by active listening with primacy on the accuracy of facts and knowledge to achieve desired outcomes.

At 15% of the population, this stage is defined by the relative self, highlighted by empathy, appreciating pluralism, and driven by continuous learning and self-actualizing to serve a larger good. Three mindsets in this stage include the Individualist Self (level 4/5), Autonomous-Strategist Self (level 5), and the Alchemist Self (5/6) marked by expanded levels of interdependence.

These leaders reach beyond effective and efficient, collaborating to fulfill higher ideals and purpose to scale efforts. They grow from mistakes, seeking out feedback to expand. This level of leadership is most complex, integrating many perspectives, ideas, and assumptions — usually operating from a systems thinking view.

Communication is marked by empathy and appreciation for differing points of view. These leaders seek out multiple perspectives to develop greater understanding and a larger view of an issue. Marked by nuanced and subtle communications, they avoid black-and-white assertions or binary thinking.

Not ideal for elective office — where power and strength are often conflated with brute force or cleverness — these mindsets are sought out in professional or expert fields, governmental services, or large-scale enterprises.

Exploring presidential begins with acknowledging that most higher elective offices typically require a balance of capacities, skills, and experiences that begin evolving in the Conventional/Rational stage.

A search on the term “presidential” retrieved a consensus on the definition of “befitting the dignity and character of the presidency.” As far back as George Washington, “presidential” was being used in reference to character rather than power, as detailed in this letter to George Washington, from the Mickve Israel congregation (published in the Providence Gazette, July 3, 1790):

“We have long been anxious to congratulate you on your appointment, by unanimous approbation, to the Presidential dignity of this country, and of testifying our unbounded confidence in your integrity and unblemished virtue.”

“Presidential” attributes can be found beginning in Conventional Stage mindsets. At 80% of the population, the mindsets at this stage encompass most public servants, politicians, and government professionals.

Much of the concern about Trump’s disposition or temperament pointed to his failure to meet these minimum characteristics — to defer to reason in a coherent manner — as emphasized by mindsets in the Conventional Stage. Recent presidents and candidates Bill Clinton, George W. Bush, Hillary Clinton, Bernie Sanders, Mitt Romney, and John McCain belong somewhere in this stage.

Obama operated from the Post-Conventional Stage, as demonstrated by his restraint, humility, and empathy, combined with his inclination for ambiguity and complexity. This confused and frustrated those who failed to appreciate his nuanced views or readiness to compromise. Antagonists preferred absolutes, moral clarity, and simplistic solutions to complex issues. 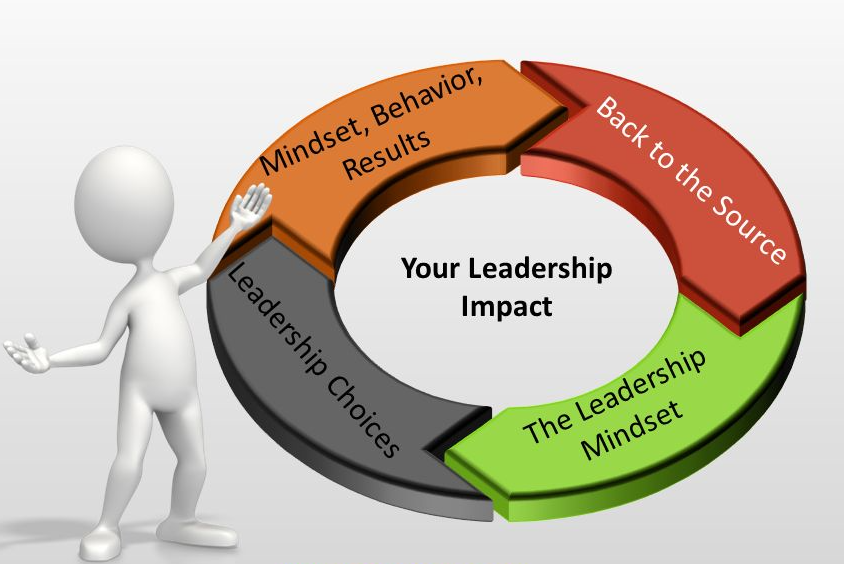 Each mindset contains our worldviews, frames of reference, assumptions, attitudes, viewpoints, and affective selves. Our mindset shapes what we view, focus on, and listen to: which concerns capture our attention and inform our communications for taking action.

In general, we operate between mindsets, forming a center of gravity — usually within the same stage —depending on our perceived threats or level of workability. 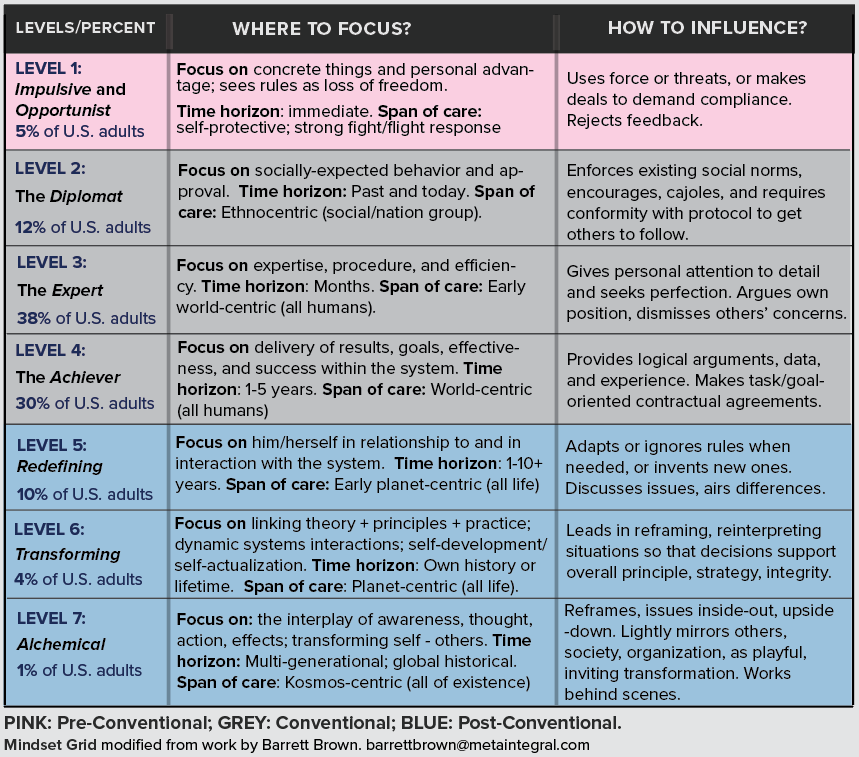 Trump has displayed qualities that reveal him to be self-obsessed with his own egoic concerns: money, wealth, intelligence, size of everything, image, winning, denying mistakes, self-defensiveness, and self-aggrandizing, along with the inability to receive or seek feedback and hypersensitivity to dissent.

During the two-plus years marked by his campaign and time in office, Trump has demonstrated a lack of discipline, rule-based logic, or rational mindset — guided by facts, evidence, or scientific truths — placing him in one of the two mindsets in the Pre-Conventional/Rational Stage.

As a leader, Trump has ridiculed his Attorney General and party leaders and undermined his CIA, FBI, and Sec. of State. A GOP senator questioned his stability, labeling the White House as an “adult day care center,” while Trump’s Sec. of State reportedly called him a “moron.” To date, regardless of policies, positions, or partisanship, just 16% say they like the way he conducts himself as president.

Trump voter, Mary Maddox from Texas, voices these concerns, “I get so disgusted,” she said … “He is like a 13-year-old girl, tweeting … I just want him to act his age and be nice to people and bring the country together.”

A recent response by Trump to his conduct on Twitter reveals his attitude/mindset and focus: “They [tweets] are well crafted. I was always a good student, I am like a person that does well with that kind of thing,” — preferring 140-character spectacles to adult self-control.

Trump is best viewed in the Opportunist Mindset. Consider this mindset’s characteristics, established by researcher Bill Torbert in a 2005 piece published in the Harvard Business Review:

“Opportunists tend to regard their bad behavior as legitimate in the cut and thrust of an eye-for-an-eye world. They reject feedback, externalize blame, and retaliate harshly. One can see this action logic in the early work of Larry Ellison (now CEO of Oracle). Ellison describes his managerial style at the start of his career as ‘management by ridicule.’ ‘You’ve got to be good at intellectual intimidation and rhetorical bullying,’ he once told Matthew Symonds of the Economist. ‘I’d excuse my behavior by telling myself I was just having ‘an open and honest debate. The fact is, I just didn’t know any better.’

Few Opportunists remain managers for long, unless they transform to more effective [mindset] (as Ellison has done). Their constant firefighting, their style of self-aggrandizement, and their frequent rule breaking is the antithesis of the kind of leader people want to work with for the long term.”

Do these observations sound familiar?

Mindsets often, but not always, evolve with age. Any break with identity encourages learners to grow into new assumptions and views of reality. Most evolve to a degree by learning from mistakes, questioning assumptions, and seeking out new ideas and challenges.

The only fixed mindset is one that resists change. Trump doesn’t believe there’s anything he needs to learn. He’s never had to grow or be held accountable by society and shuns public norms. As such, his center of gravity has not grown much beyond the Opportunist Mindset. Trump’s resistance to learning dismisses expertise, knowledge, and wisdom. He refuses to accept responsibility for errors, acknowledge mistakes, or seek out feedback while ignoring new perspectives required to cultivate mindsets.

Developmentally, each mindset is necessary to develop the skills, views, and capacity to evolve the next mindset. This grid below (by Barrett Brown, Ph.D.) illustrates Warren Buffett’s journey over his lifespan, having learned from each stage to evolve through these seven mindsets. 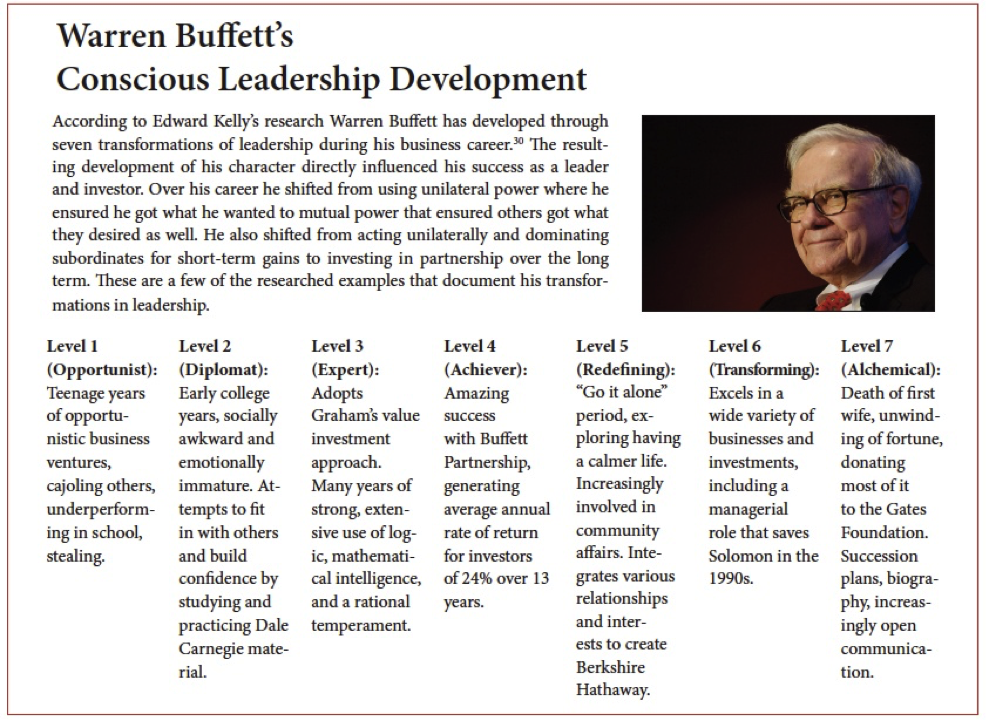 Opportunist is the only mindset that falls outside presidential expectations and attributes “befitting the dignity and character of the presidency.” Its impulsive and juvenile nature in circumventing accountability is not a match for the immense responsibility of the office. Typically, nascent, emerging leaders outgrow this mindset. Most are challenged, or held accountable, by family, peers, and colleagues, and learn from mistakes.

Adult leaders remaining at the Opportunist stage, often surround themselves with those at later mindsets (conformist-diplomatic or expert) – like military generals, and former CEOs – to bring order and consistency to an enterprise.

Without the willingness to learn and grow from continued questioning, no amount of knowledge, procedure, study, or policy can account for, or alter, the power of mindset, which governs attitude, affect, and focus.